I have made it a policy to keep the blog going with at least four blogposts a month, in order to ensure continued activity. However, since my time is greatly consumed by my work with Latin and also my job as a teaching assistant for the history freshmen and -women, not every blogpost can be equally meticulously researched or verbose. As a consequence, the last blogpost of this month is a selection of poetry from one of my favourite poets in the English language, Geoffrey Hill.

During my stay in York in the spring of 2011, I kept an edition of Geoffrey Hill's collected poems (published by Penguin in 1985) in my bag at all times. Consequently, many of his early poems - which to my mind are his best - evoke the particular atmosphere of York which I love so much, and even certain specific locations. In part, therefore, this blogpost is an expression of nostalgia, a nostalgia both for those days I have myself experienced, and a constructed nostalgia for the days evoked by Hill's verse. The copyright of the poems lies with Geoffrey Hill and Penguin publishing. 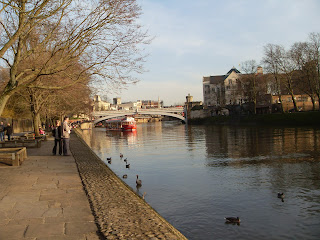 The Distant Fury of Battle

Grass resurrects to mask, to strangle,
Words glossed on stone, lopped stone-angel;
But the dead maintain their ground -
That there's no getting round -

Who in places vitally rest,
Named, anonymous; who test
Alike the endurance of yews,
Laurels, moonshine, stone, all tissued;

With whom, under licence and duress,
There are pacts made, if not peace.
Union with the stone-wearing dead
Claims the born leader, the prepared

Leader, the devourers and all lean men.
Some, finally, learn to begin.
Some keep to the arrangement of love
(Or similar trust) under whose auspices move

Most subjects, toward the profits of this
Combine of doves and witnesses.
Some, dug out of hot-beds, are brought bare,
Not past conceiving but past care.

The young, having risen early, had gone,
Some with excursions beyond the bay-mouth,
Some toward lakes, a fragile reflected sun.
Thunder-heads drift, awkwardly, from the south;

The old watch them. They have watched the safe
Packed harbours topple under sudden gales,
Great tides irrupt, yachts burn at the wharf
That on clean seas pitched their effective sails.

There are silences. These, too, they endure:
Soft comings-on; soft after-shocks of calm.
Quietly they wade the disturbed shore;
Gather the dead as the first dead scrape home.

The sun again unearthed, colours come up fresh,
The perennials; and the laurels'
Washable leaves, that seem never to perish,
Obscure the mouthy cave, the dumb grottoes.

From the beginning, in the known world, slide
Drawn echoing hulls, axes grate, and waves
Deposit in their shallow margins varied
Fragments of marine decay and waftage;

And the sometimes-abandoned gods confuse
With immortal essences men's brief lives,
Frequenting the exposed and pious: those
Who stray, as designed, under applied perils,

Whose doom is easy, venturing so far
Without need, other than to freeze or burn,
Their wake, on spread-out oceans, a healed scar
Fingered, themselves the curios of voyage. 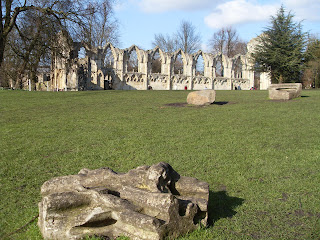